Ships, at their core, serve a purpose. This purpose is to carry things over water. What these things might be vary depending on the nature of the vessel, be it weapons and troops for warships, or cargo and passengers for merchants. Archaeology helps us to understand, not just the roles that ships played within the historical maritime economy, but also the technologies involved in their construction and use. 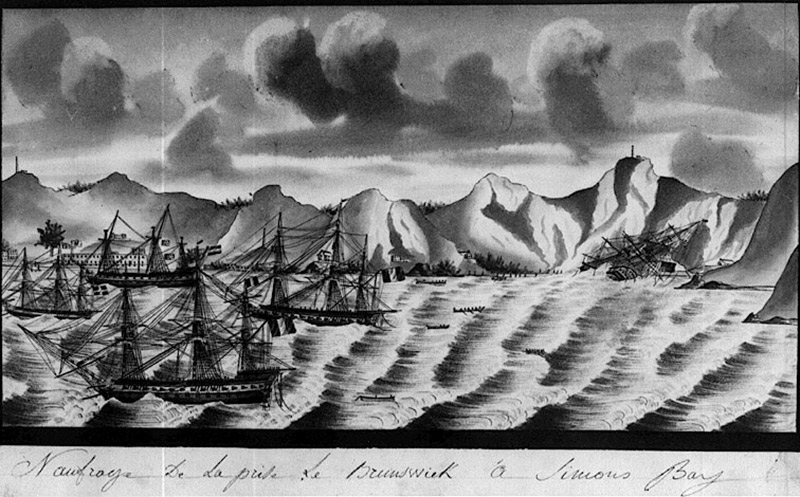 The life-blood of historical commerce
One of the artefact assemblages in our collection comes from the wreck of a ship named the HEICS Brunswick. The Brunswick was a large trade ship built for the English East India Company in 1792. Ships of this type were large and slow and made trade runs for lucrative cargoes from the Indian subcontinent, such as silks and spices. In China they acquired porcelain and other exotic materials. These goods would fetch a high price in the European markets and their trade was the foundation of the wealth and influence of the large, European East India trading companies. These companies built large numbers of ships, like the Brunswick, throughout the 17th, 18th and 19th centuries. The large merchant ships were called Indiamen and were built specifically to exploit these lucrative markets.

The Brunswick was one of a larger class of Indiamen, built at Blackwall Yard, London, for the Chinese trade. The English East India Company of the time was renowned for the quality of its ships and the Brunswick was no exception. Measuring just under 40 metres in length and 13 metres wide, the vessel was registered to carry a cargo of 1244 tons. Built from heavy, oak timbers, this ship made the vast journey from Great Britain to China and back five times. Interestingly, the Brunswick’s construction includes several iron structural elements, specifically the ‘knees’ that support the decks. The use of iron for these structures are indicative of the growing scarcity of suitable timbers with a right-angled grain that were available to the British after centuries of shipbuilding. 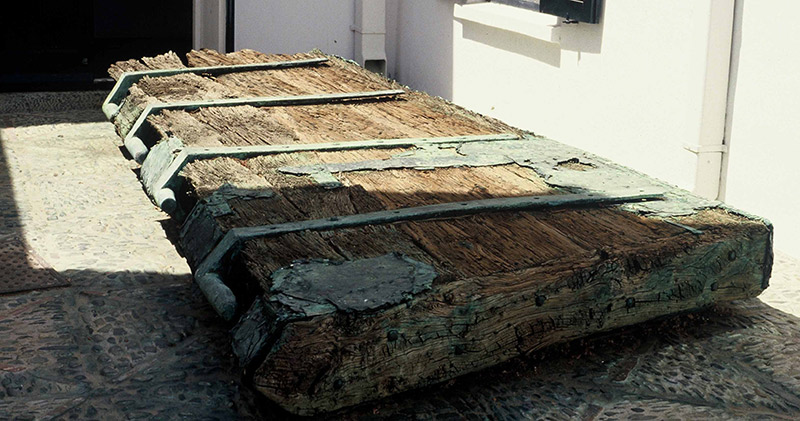 The Brunswick’s heavy, oaken rudder sits in the courtyard of the Iziko Slave Lodge and gives us some idea of the scale of these ships. Originally between 5.5 and 6.5 metres tall and about 30 centimetres thick, the surviving rudder now measures in at 4.27 metres and 24 centimetres thick. Rudders are the means by which most ships change direction and the Brunswick’s rudder was attached to the rest of the ship with a large, bronze hinge system made from pintles – large spikes strapped to the ship’s hull, and gudgeons – large loops strapped to the rudder. The Brunswick’s rudder was recovered in 1967 by two salvage divers, Jim Knowles and Bodo v. Zelewski. They floated the rudder in an inflatable boat but found it was too heavy to transport up the nearby beach and over the railway line. As such they chose to paddle with the rudder across to Simon’s Town harbour. This endeavour required the intervention of the SA Navy when the weight of the rudder caused their boat to start taking on water. Once the rudder was on the quay, it remained there for a few days – while transport was organised to take it to the South African Cultural History Museum. Unfortunately, during this time, most of the protective copper cladding was stripped from the rudder.

The Brunswick began making the long voyages between Europe and China in 1793. Sailing from England, rounding the Cape of Good Hope before sailing across to India and on to China, the Brunswick and other merchant ships would load up with Chinese porcelain and exotic materials like sandalwood, before making the return journey to Europe. Sandalwood is an extremely expensive type of wood that is primarily used in fragrances and incense. One piece of sandalwood is found in Iziko’s collection of Brunswick materials. It is characterised by its extremely high density which gives the surviving timber a smooth, almost glossy finish where it was cut for identification purposes. 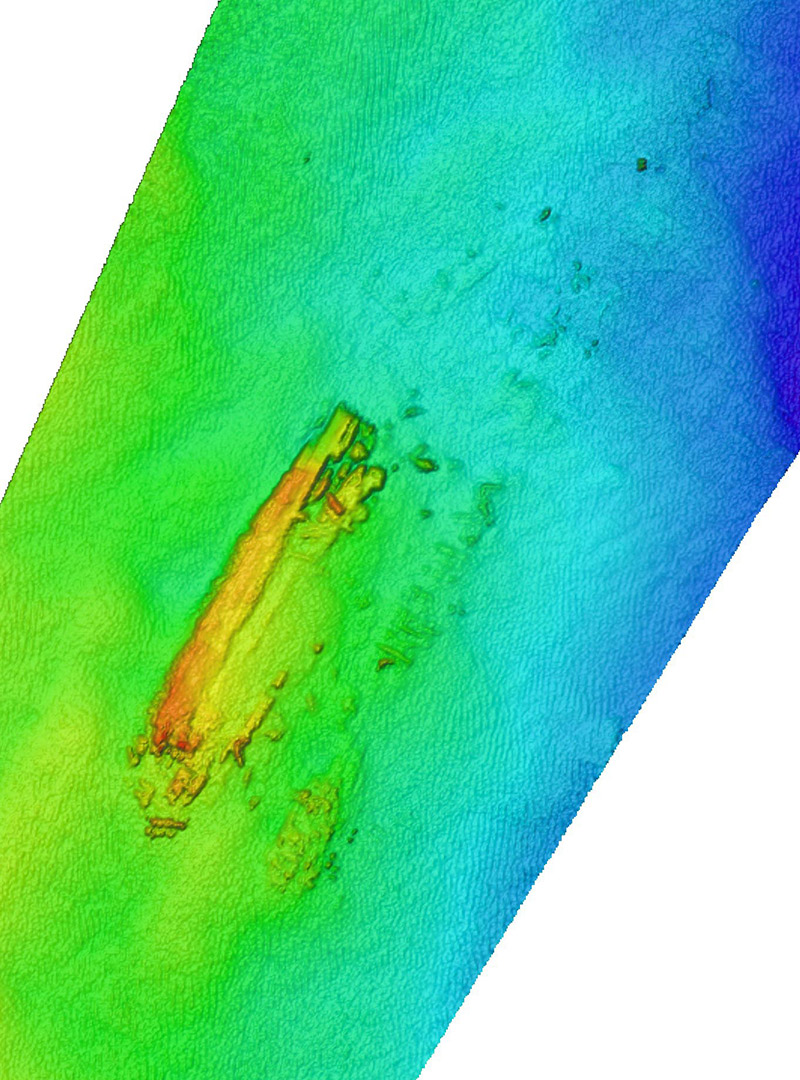 Wrong place, Wrong time
In 1805, on the return leg of the ship’s 6th voyage, the Brunswick’s service was to come to an end. Having endured the huge stresses of five previous journeys at this point, the ship was in a poor condition. Taking on water and in need of repairs, the Brunswick stopped in at Bombay, now Mumbai, leaving the rest of the trading fleet to sail on without it. It wasn’t long after they departed that the crew found they had company. Off the coast of Ceylon, now Sri Lanka, the Brunswick was captured by two French warships, Marengo and Le Belle Poul. The Marengo was on a raiding cruise in the Indian Ocean under the command of Rear-Admiral Charles-Alexandre Léon Durand Linois. Admiral Linois brought the Brunswick to Simon’s Town, here at the Cape, as it was a neutral port at the time. During this time, the officers of the Brunswick were taken ashore and housed with residents on ‘exchange parole’.

Simon’s Town has served historically as the winter anchorage for the Cape as the surrounding geography protects the bay from the worst of the seasonal north-westerly winds. As such, Linois chose to sail the HEICS Brunswick there to meet with a prize crew that would sail her on to France.  However, it provides no protection from the howling south-easterly winds that blow in the summertime. When the Brunswick was brought into Simon’s Town in 1805, it was late August and the weather had already started to turn. Early on the morning of September 2nd, the residents woke to the sounds of the cannon fire of a ship in distress. A south-easterly gale had sprung up during the night and was pushing the ships anchored in the bay toward the shore. The Brunswick, with her aging hull and fittings, parted from its anchor lines and was driven shoreward, the crew struggling to beach the hull on an even keel. By daybreak, it was all over – the Brunswick had grounded in the shallower water and was lost with no casualties. The majority of the ship’s cargo and surviving fittings were salvaged and sold off. 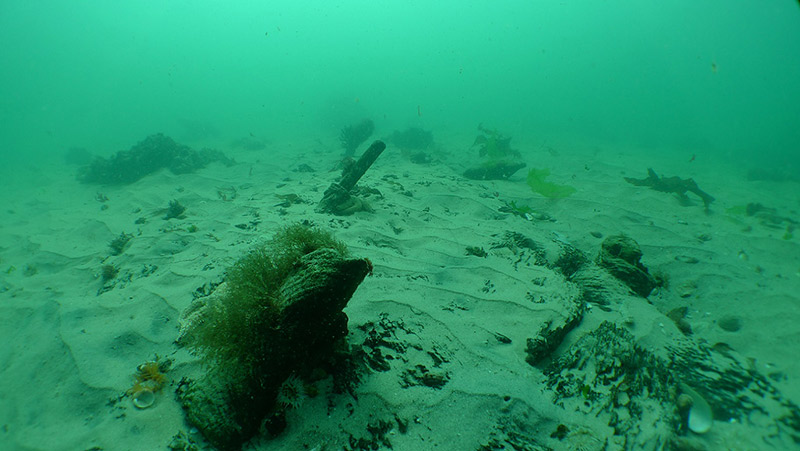 Where is she now?
Today the Brunswick lies in about eight metres of water just outside Simon’s Town harbour, just 300 metres from the wreck of the Bato, a Dutch warship that sank a year later in 1806. Over the years, the Brunswick has seen archaeological study in the form of Project Sandalwood in the 1990s, as well as some non-destructive survey in the early 2000s. The site has also seen some damage at the hands of South African Navy divers trying to cut off pieces of the ship’s fastenings. Further research on the site has included an interdisciplinary assessment of the site and its relationship with its environment by an honours student of the University of Cape Town, as well as a comparative study between the Brunswick and the wreck of the Dutch warship Bato. Other parts of Iziko Museum’s Brunswick collection include ceramics and a few of the ship’s fastenings. The majority of the ship itself remains on the seabed.