Five million years ago, dangerous carnivores – such as giant wolverines and otters, bears, sabertooth cats, and large hyaenids – prowled the West Coast of South Africa. Today we can confirm that, among them, fearlessly roamed a smaller relative of the living honey badger.

New research by palaeontologists Alberto Valenciano Vaquero (Iziko Museums of South Africa, the University of Cape Town, South Africa, and University of Zaragoza, Spain) and Romala Govender (Iziko Museums of South Africa, Research and Exhibitions) report on the discovery of a relative of the living honey badger from the early Pliocene locality of Langebaanweg (West Coast Fossil Park, South Africa). Besides this honey badger-like animal, this 5.2 million years locality has yielded one of the world’s richest and best-preserved mammal assemblages of this time period, including saber-toothed cats, bears, hyaenas, jackals, mongoose, as well as relatives of the living giraffes, elephants, rhinoceroses, wild pigs, and a variety of birds, fishes and marine mammals. 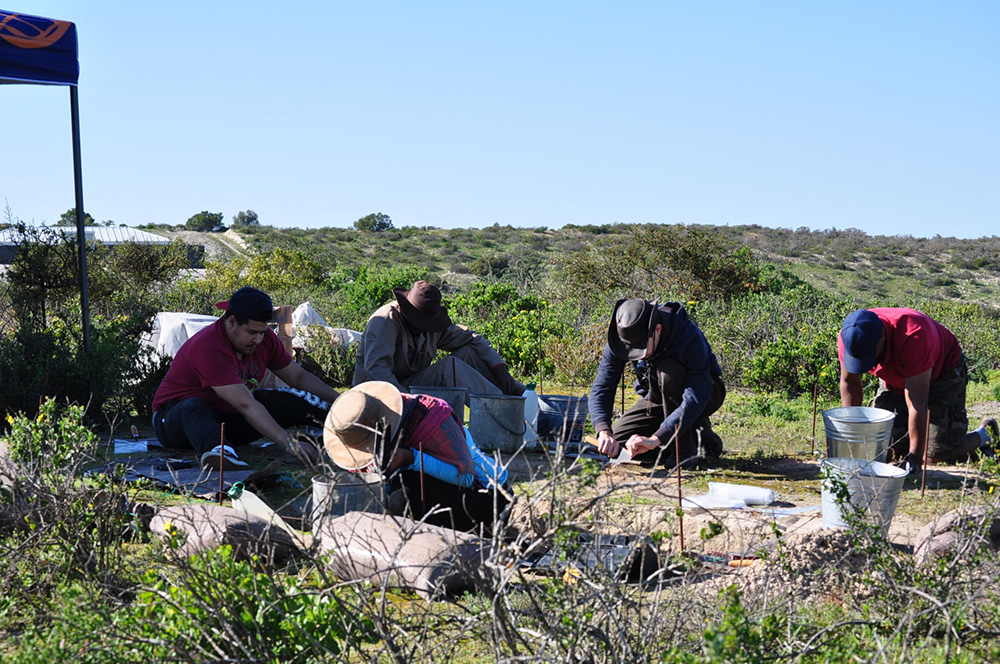 Living honey badger (also known as ratel) (Mellivora capensis) belong to the mustelid family which includes weasels, otters and badgers. They live in most of sub-Saharan Africa and East Asia, including India. Despite its relatively small size (9-14 kg), honey badgers are one of the most aggressive and fierce animals in the world. “Even large carnivores, such as leopards, hyenas, and lions stay out of their way” says Valenciano, lead author of this research. Honey badgers are equipped with sharp teeth and long claws to help capture prey, but they also feed on berries, roots and bulbs, insects and small vertebrates. 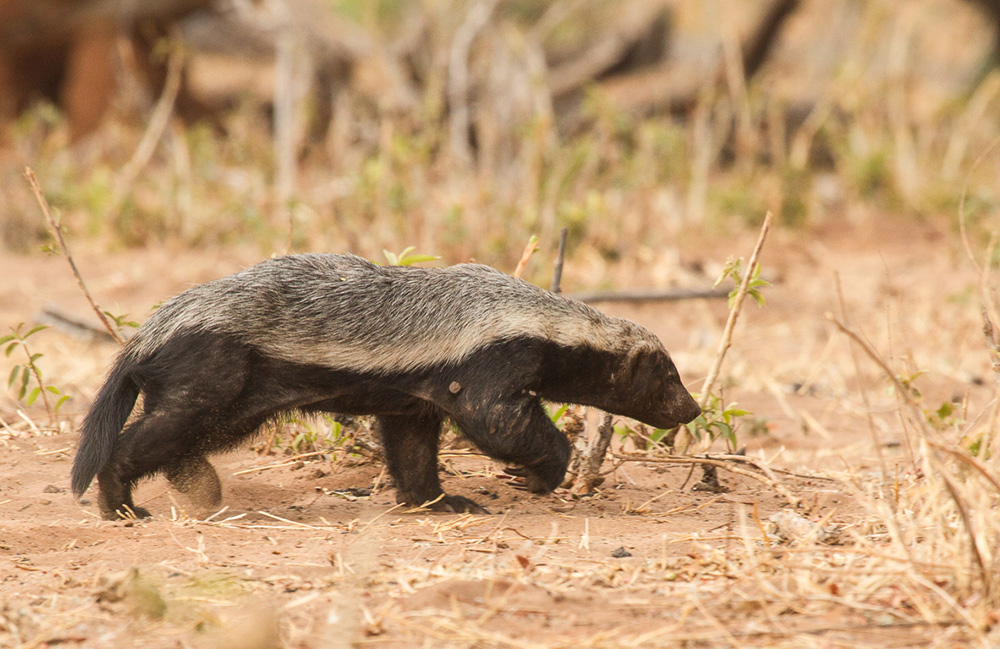 The extinct honey badger from Langebaanweg (Mellivora benfieldi) was originally described by Brett Hendey more than 40 years ago and was based on a few fragmented mandibles. “The new honey badger fossils we describe triple the number of known fossils and gives us a unique glimpse into its lifestyle and relationship to other similar mustelids. These new fossils demonstrate that this South African species is distinct from the late Miocene forms from Central Africa (Howellictis) and East Africa (Erokomellivora), as well as from the extant honey badger” says Valenciano.

This work deals with the evolution of this fascinating group of mustelids in Africa during the last seven million years and confirm the existence of a unique group named Eomellivorini. Although the ratel represents the single living member of its subfamily of mustelids, they were much more diverse in the past. In fact, Valenciano and Govender suggest the existence of two distinct groups of mustelids: the mellivorini (comprising the living ratel, the one from Langebaanweg and several others ratel-like relatives), as well as the Eomellivorini which are characterized by gigantic proportions.

“Identification of the Eomellivorini, which include Eomellivora (from the northern continents) and Ekorus (from Africa), identifies a group of giant mustelids related to the living ratel that were adapted for pursuit unlike any mustelids seen today, and may have evolved at a time when cats of this size were rare or non-existent” says Prof. Lars Werdelin (Swedish Museum of Natural History), a leading expert on carnivores who was not involved in the research.

This research also shows that the Langebaanweg honey badger was slightly smaller than the ratel, but that like its modern relative, it was also an opportunistic carnivore with digging abilities.

“The Langebaanweg fossils are at a crossroads of climate and environmental change giving us insight into how animals adapted to these changes as well as insight into carnivore evolution in southern Africa,” Dr. Govender says.  UCT Palaeontologist Anusuya Chinsamy-Turan, who was not involved in the research, says “This is an incredible discovery! Can you imagine, if it were not for the fossils at Langebaanweg we would have absolutely no idea of the rich biodiversity that once existed along the West Coast of South Africa.”

Ongoing research in the other carnivore mammals from Langebaanweg will expand our knowledge on these awesome extinct animals.

About Iziko Museums of South Africa (Iziko)
Iziko operates 11 national museums, the Planetarium and Digital Dome, the Social History Centre and three collection‑specific libraries in Cape Town.  The museums that make up Iziko have their own history and character, presenting extensive art, social and natural history collections that reflect our diverse African heritage.  Iziko is a public entity and public benefit organisation that brings together these museums under a single governance and leadership structure.  The organisation allows *free access to all individuals on commemorative days, (*excluding the Castle of Good Hope, Groot Constantia and Planetarium and Digital Dome). Visit our webpage at www.iziko.org.za, join our online community on Facebook (www.facebook.com/IzikoMuseums), Instagram (@izikomuseumssa) or follow us on Twitter (@Iziko_Museums) for regular updates on events, news and new exhibitions.