It is with deep sadness that we mourn the passing in Pretoria on Tuesday, 21 July of Andrew Mekete Mlangeni – the last surviving Rivonia Trialist. He was 95. 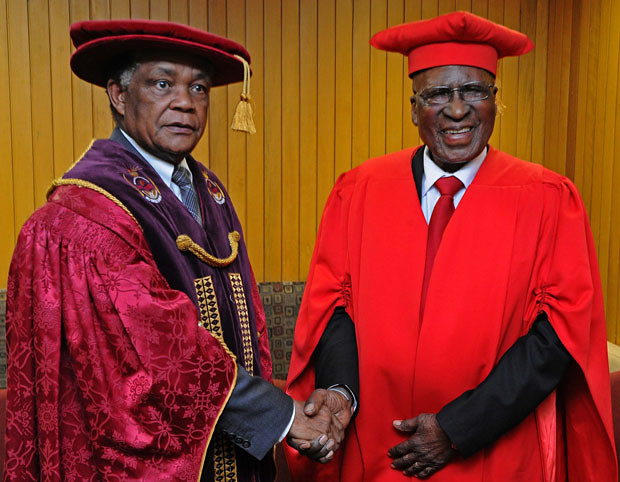 Awarded Isithwalandwe Seaparankwe – the highest award given by the African National Congress (ANC) to “those who have made an outstanding contribution and sacrifice to the liberation struggle” – in 1992; and recipient of the Presidential Order for Meritous Service: Class 1: Gold from former President Nelson Mandela in 1999 – Bab’ Mlangeni dedicated his life to the fight against apartheid and the continued struggle to achieving a better life for all.

Born on a remote, white-owned farm just outside the town of Bethlehem in 1925, Bab’ Mlangeni was forced to abandon his studies owing to poverty, and went on to work as a factory worker and, later, a bus driver. Here – subjected to worker exploitation – he became active in strikes for better working conditions and higher wages. In 1951, Bab’ Mlangeni joined the African National Congress Youth League (ANCYL), and three years later became a member of the ANC.

In 1961, Bab’ Mlangeni was sent by the ANC for military training outside of South Africa – forming both the first group of anti-apartheid activists to be sent to China, as well as the establishment of uMkhonto we Sizwe (MK), the Spear of the Nation. Upon his return in 1963, he was arrested and accused of recruiting and training an armed force.

Along with nine other defendants – one being former President Nelson Mandela – Bab’ Mlangeni was sentenced to life imprisonment on Robben Island in what became known as the “trial that changed South Africa”. Focusing a global spotlight on the segregationist policies of the apartheid government, the Rivonia Trial defined the battle lines for the struggle against white minority rule in South Africa, and presented Mlangeni as part of a historic vanguard as opponents of apartheid. He served 26 years of his life sentence on Robben Island, and was released in 1989.

n a message to his family this morning, President Cyril Ramaphosa stated that “the passing of Andrew Mekete Mlangeni signifies the end of a generational history and places our future squarely in our hands”.

Iziko Museums of South Africa extends our sincerest condolences to Bab’ Mlangeni’s family, his friends and loved ones. He will be greatly missed by all who were blessed in meeting him, and all whose lives have been touched by his passion for a free and just society.