Revealing the story behind the Small Sword

Home » News » Revealing the story behind the Small Sword

In these difficult times it can be hard to not have access to the wider world. Borders are closed, movement is limited and much feels like it’s in some sort of holding pattern. But sometimes, an object in one’s own home may hold a broader story than could be imagined. Something found in an attic or passed down from previous generations can come from the most unexpected places and tell fascinating stories. Sometimes, we are lucky enough that people will bring these to us – at Iziko Museums of South Africa – for answers.

One of the more recent examples of these sorts of interesting objects brought into the lab was a sword. Swords are not something we deal with very often in our lives as archaeologists – as they were not common through South Africa’s history and the sea is unforgiving to high carbon steel. Brought in by Hannes Theron, this example was found in his attic with little understanding of its origins. The only information to go on was that the blade had belonged to the family for a very long time. This meant that, as is often the case, it was up to the artefact to tell its own story.

This type of blade is a small-sword or court sword. These weapons were worn during the 17th and 18th centuries as status symbols, hearkening back to the days of knights and chivalry. Serving a purely decorative function, the hilts of these types of swords were often elaborate and decadent, featuring twists and turns of bright metals and encrusted with precious stones. Often the handle of a small-sword was made by a different artisan to those that forged the blade. The blades of small-swords were often also decorated with engravings, patterns, text or even artistic shaping of the blade itself. 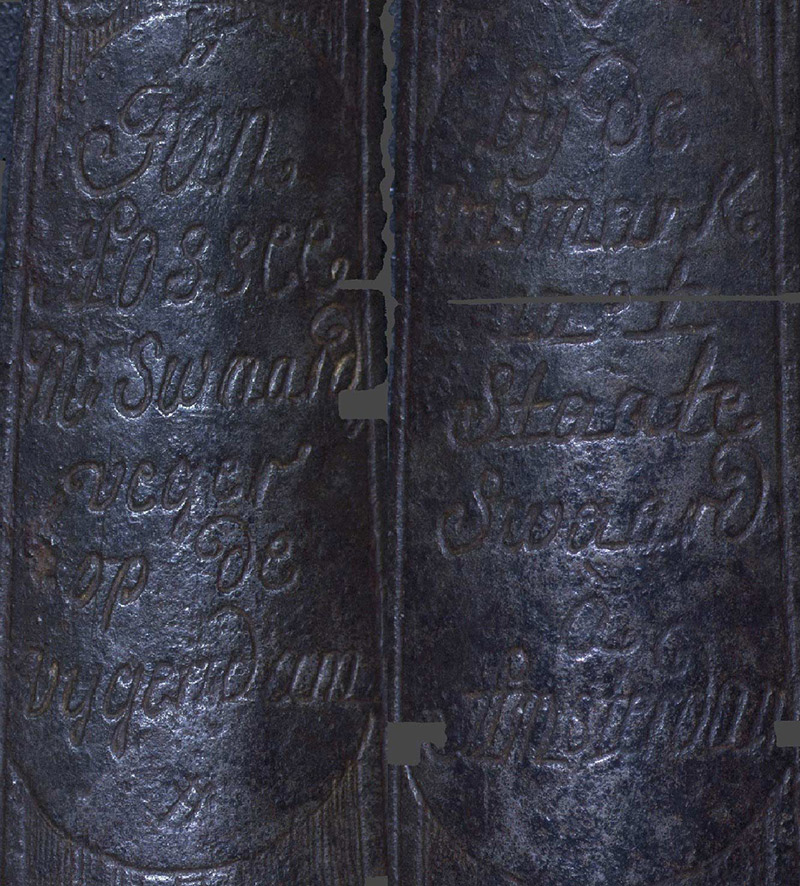 Made from high carbon steel, the example brought to Iziko by Mr. Theron was no exception. Both sides of the sword’s blade were marked with a variety of different decorative motifs. There are examples of ribbons, flowers, stars, geometric decorations, possible peacocks and even an inscription plate or forte on both sides of the blade.

While the other side reads:

One particularly interesting detail of the decoration is the pairing of two flowers – found where the section of the blade changes from elliptical to a flattened hexagon, roughly one third down its length. These two flowers are both mounted in identical ribbon-work but are mounted on opposite sides of the blade. One appears to be a protea while the other may be a lily of some sort. While the meaning of the choice of these two flowers specifically is unknown, their significance is certain because, bar the inscription, they are the only examples of decoration on the entire blade that are not mirrored. The origins of the blade were readily identifiable because of its distinctive style as well as some of its characteristic decorative elements such as the eight petalled, radial flower below each inscription plate or forte. Unfortunately the maker’s mark on the tang of the blade was not identifiable.

The sword was made in Japan specifically for trade with the Dutch at Dejima Island, Nagasaki for the European market. These swords would be made in Japan, an illegal activity at the time due to Japanese commercial laws, before being shipped to Europe where local artisans would craft the handles. A number of blades with incredibly similar decorative features exist in collections around the world in places such as the Met Museum, New York; the V&A Museum, London and the Hermitage Museum, Amsterdam. These swords still retain their original hilts and are good examples of the level of intricacy often found in the handles of small-swords. Unfortunately, the example brought to us no longer had its original handle but rather a simple wooden grip. Of the lost handle we can say that it was likely crafted by one Jan Hossee of Amsterdam, the cutler and sword maker mentioned in the inscription. 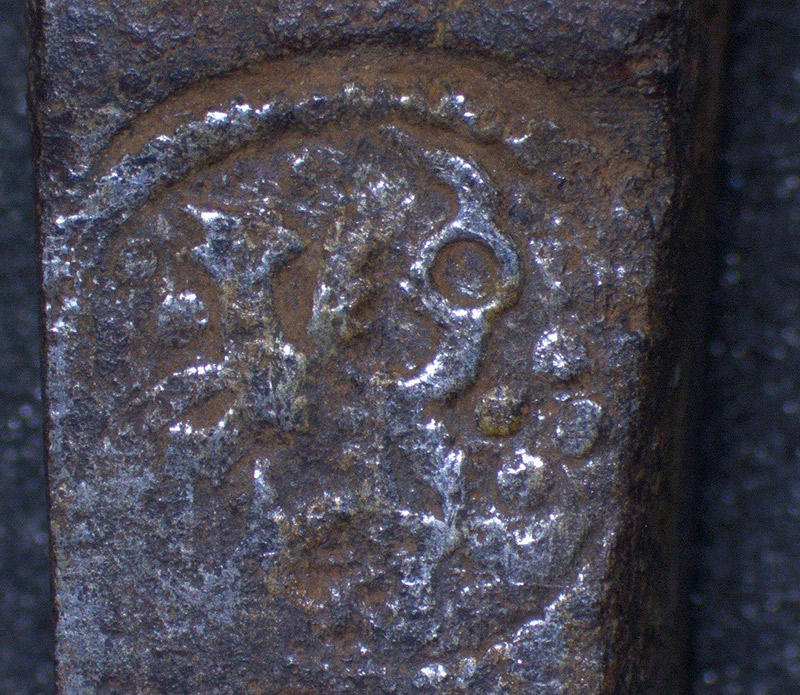 We were unable to identify the maker’s mark on the tang of the blade meaning that the smiths that made this sword remain unknown, there is a little more information about Jan Hossee. Mr. Hossee was a cutler and sword-maker that operated a shop in the Vijgendam, Amsterdam in the mid 18th century. Jan was married to Elisabet Reeder on the 24th of November, 1730 and they had a son, Petrus, born in April, 1733. Jan Hosse was buried alongside his wife at the Oude Kerk in Amsterdam on the 13th of March, 1776.

This blade presented a wonderful opportunity to unravel the mystery of the artefact and to let the details reveal the story behind the sword.

Research into the sword was conducted by J. Harding, J. Boshoff and M.Hendricks.

Links to other swords of this type: