‘Rising Star’ premiered at the Iziko Planetarium and Digital Dome 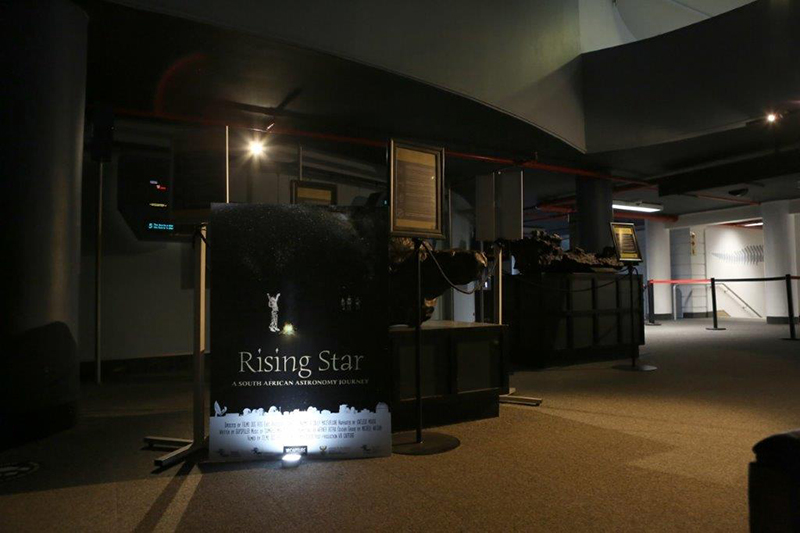 ‘Rising Star’ takes you on an astronomical journey – from our beginnings right through until the development of astronomy research in South Africa – and looks at what the future of astronomy holds for the country. In addition to introducing multi-wavelength and multi-messenger astronomy, it highlights the many remarkable facilities hosted in South Africa, along with some of their latest results. This includes unrestricted views of the Southern African Large Telescope and the most powerful radio telescope in the Southern Hemisphere, MeerKAT. 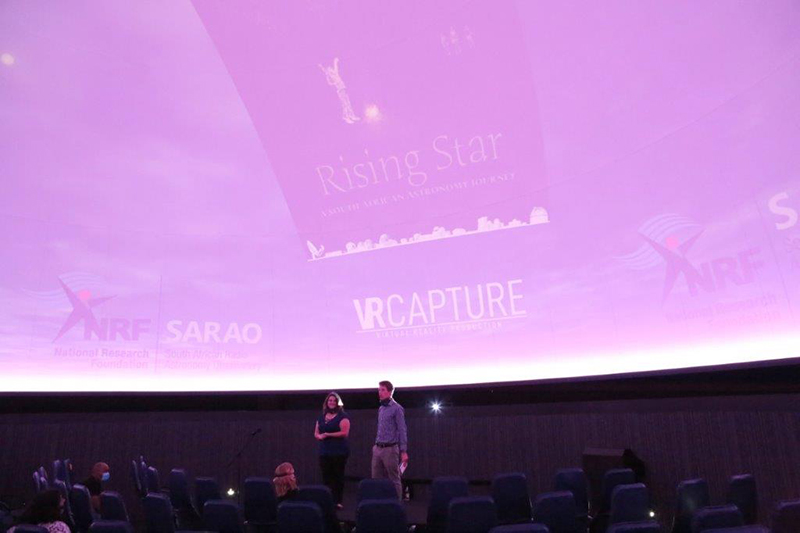 The film is accessible to all ages and aims to entertain and educate, both South African and international audiences, about South African astronomy – inspiring the next generation of astronomers in the country. 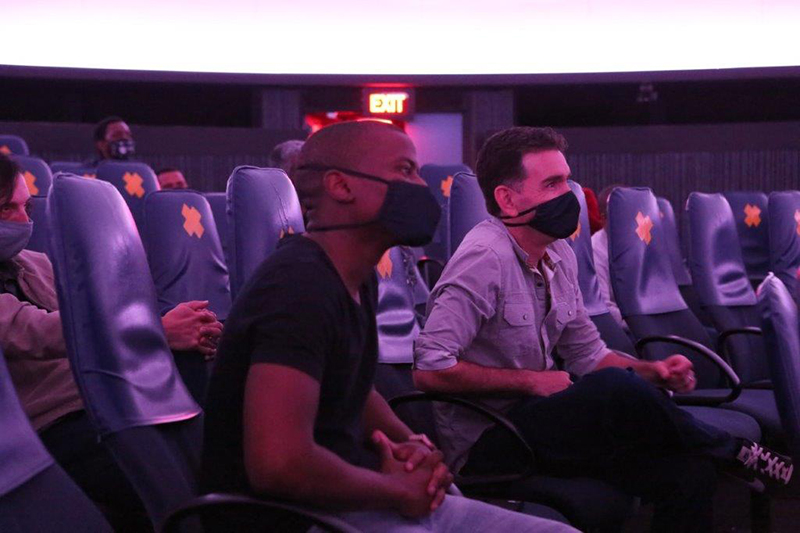 As the first of its kind to be produced in Africa, ‘Rising Star’ hopes to stimulate the production of many more locally produced planetarium films from multidisciplinary fields, with the goal of popularising Africa’s numerous scientific achievements. 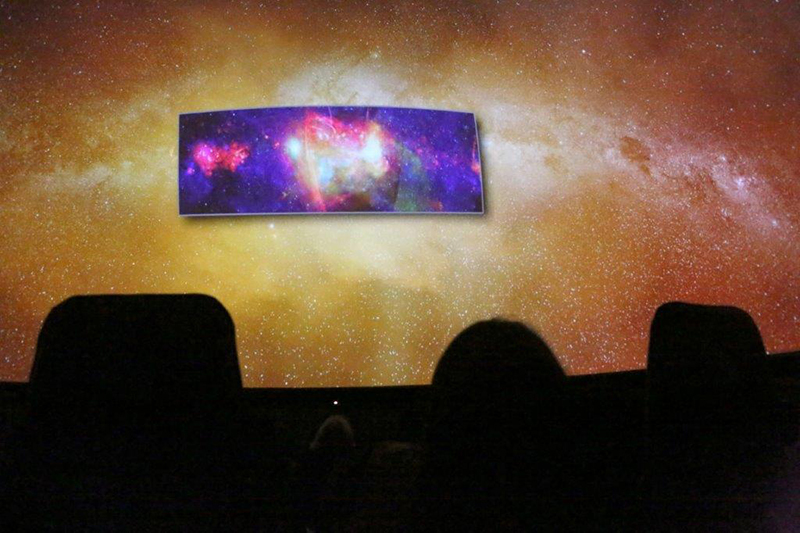 Keep an eye on your local planetarium’s show schedule! ‘Rising Star’ will be shown to the public in South Africa from November onwards. The film (in both fulldome and full VR format) will also be made freely available via online channels for international audiences to download; language translations will be encouraged for greater global accessibility and exposure. 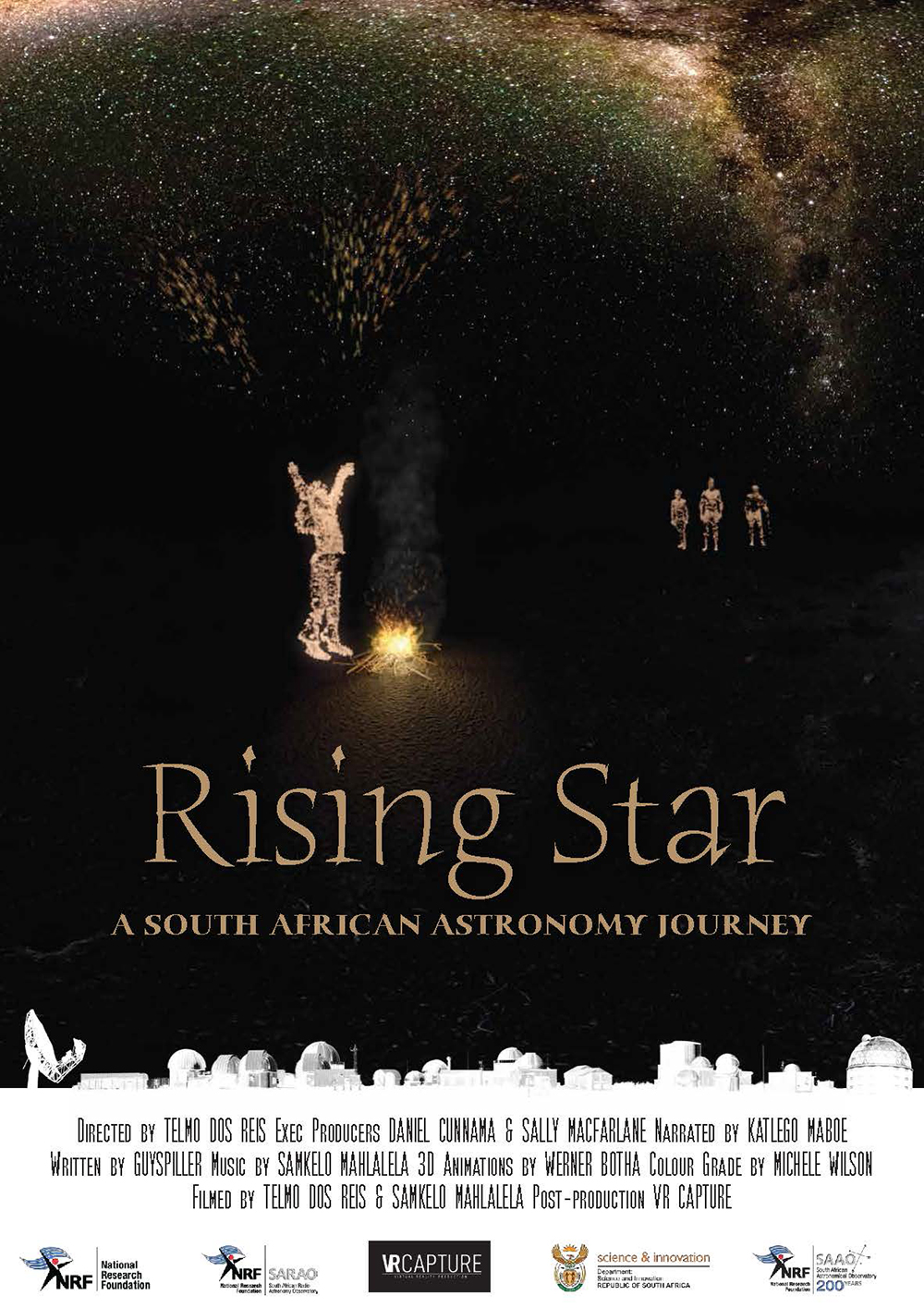 About Iziko Museums of South Africa (Iziko)
Iziko operates 11 national museums, the Planetarium and Digital Dome, the Social History Centre and three collection‑specific libraries in Cape Town.  The museums that make up Iziko have their own history and character, presenting extensive art, social and natural history collections that reflect our diverse African heritage.  Iziko is a public entity and public benefit organisation that brings together these museums under a single governance and leadership structure.  The organisation allows *free access to all individuals on commemorative days, (*excluding the Castle of Good Hope, Groot Constantia and Planetarium and Digital Dome). Visit our webpage at www.iziko.org.za, join our online community on Facebook (www.facebook.com/IzikoMuseums), Instagram (@izikomuseumssa) or follow us on Twitter (@Iziko_Museums) for regular updates on events, news and new exhibitions.

About the Iziko Planetarium and Digital Dome
The Iziko Planetarium and Digital Dome (IPDD, https://www.iziko.org.za/museums/planetarium) stands side-by-side with the Iziko South African Museum overlooking the Company’s Gardens in Cape Town.  With its 15.2-m dome and capacity for 144 viewers, it is currently one of the four major planetaria in South Africa and caters to around 100 000 people a year. After being established in its current location in 1987, the digital dome underwent a major 8K digital upgrade in mid-2017.  Since then, it has catered to a wide range of audiences,  with a public show program, a dedicated schools’ program (adapted to the national school curriculum), an experimental art film festival, and an active research program.  Indeed, it is one of the few planetaria in the world that is actively involved in research visualisation, lead by a consortium of local universities and the IDIA Visualisation Laboratory (https://vislab.idia.ac.za/).

About the South African Astronomical Observatory
Founded in 1820, the South African Astronomical Observatory (SAAO; www.saao.ac.za) is the national centre for optical and infrared astronomy in South Africa. Its primary role is to conduct fundamental research in astronomy and astrophysics by providing a world-class facility to scientists. The SAAO also promotes astronomy and astrophysics in Southern Africa, by sharing research findings and discoveries, and participating in outreach activities to enthuse citizens about physics and astronomy.

The SAAO is a facility of the National Research Foundation, which operates under the South African Department of Science and Technology. The SAAO encompasses headquarters in the suburb of Observatory in Cape Town, and a dedicated research and observation station with several working telescopes (including SALT; www.salt.ac.za) outside the Karoo town of Sutherland in the Northern Cape.

About MeerKAT
MeerKAT, originally the Karoo Array Telescope, is a radio telescope inaugurated in 2018 consisting of 64 antennas spread over a diameter of eight kilometers in the Northern Cape province of South Africa. It is the most sensitive telescope of its kind in the world and is a precursor to the Square Kilometre Array (SKA) radio telescope, to be built in South Africa and Australia within the coming decade.

About the South African Radio Astronomy Observatory
The South African Radio Astronomy Observatory (SARAO), a facility of the National Research Foundation, is responsible for managing all radio astronomy initiatives and facilities in South Africa, including the MeerKAT radio telescope in the Karoo, and the Geodesy and VLBI activities at the HartRAO facility. SARAO also coordinates the African Very Long Baseline Interferometry Network (AVN) for the eight SKA partner countries in Africa, as well as South Africa’s contribution to the infrastructure and engineering planning for the Square Kilometre Array radio telescope. To maximise the return on South Africa’s investment in radio astronomy, SARAO is managing programmes to create capacity in radio astronomy science and engineering research, and the technical capacity required to support site operations.