On 16 June 1976 school children in Soweto, Johannesburg, undertook a peaceful march to protest against Bantu education and Afrikaans as a medium of instruction. Police responded with live ammunition, injuring and killing many, most famously 13-year-old Hector Pieterson, sparking countrywide and international outrage.

In the Western Cape, on 11 August 1976, unarmed school children from Langa, Nyanga and Gugulethu organised their own march in solidarity with Soweto youth. Again, police responded with violence.

‘Asilwi’ (we are not fighting) and ‘Down with Afrikaans’, was written on a blackboard held high by Ta Buy, the tallest guy at Fezeka. But this did not mean anything to these camouflaged men wearing gas masks that made them look like characters from a science fiction movie. This added to the surreal feeling of that first contact with teargas. In a moment, what was supposed to be a peaceful march turned into a smoke- filled scene that resembled a foggy morning punctuated by Afrikaans expletives, tormented cries for help and the thud of baton against flesh…” – (Geoff Mamputa, student activist, 1976).

Soon unrest spread like a veldt fire across the Western Cape and sparked solidarity with students in tertiary institutions and schoolchildren in former ‘coloured’ areas. This resistance campaign was met with police brutality and state repression which led to a ban on public gatherings, banning orders against people, imprisonment, torture, arrest and the *killing of 148 people between August 1976 and January 1977.

The Western Cape story, which is a non-racial story, is erased from the national narrative and public memory of the 1976 student uprisings. One wonders why the story (names) of the 148 people who died in the Western Cape, disappeared from history? Why have historians and politicians allowed such an injustice to happen? Why they have allowed such “re-disempowerment, re-victimisation” and “de-voicing’’ which nullified the sacrifices of the 148 people and their families. In this struggle against ‘unremembering’ – a term used by Dr Boesak in describing how people’s history or memory is “falsified, rewritten or denied” as a “deliberate political act of domestication and control” – one wonders why history is erased. However, history has no blank pages and one cannot just erase the memory of the struggle, as if 1976 in the Western Cape never happened or as if 148 people did not die. One then asks, if this erasure is deliberate? As he, who controls the narrative, controls the future?

THE EXHIBITION, ‘Aluta Continua’, a Portuguese phrase, meaning ‘the struggle continues’, is an historic attempt against ‘unremembering’ of the 1976 student uprisings. It is about the restoration of history and the resurrection of memory of all the unremembered victims of the 1976 student uprisings. It is about unearthing history from the dustbin of manipulation which kept key aspects of our history and memories confined and restricted for over 40 years. This is about people’s history….a perspective from the ground.

The exhibition narrates and commemorates the 1976 student uprisings in the Western Cape which resulted in the mobilisation of youth, workers, parents and communities into more formal anti-apartheid structures whose activities eventually brought democracy to the country in 1994.

The role of Western Cape activists can never be underplayed and therefore the exhibition also honours their resilience and courage, while reflecting on the achievements, challenges and opportunities presented to South Africans over the past 25 years. 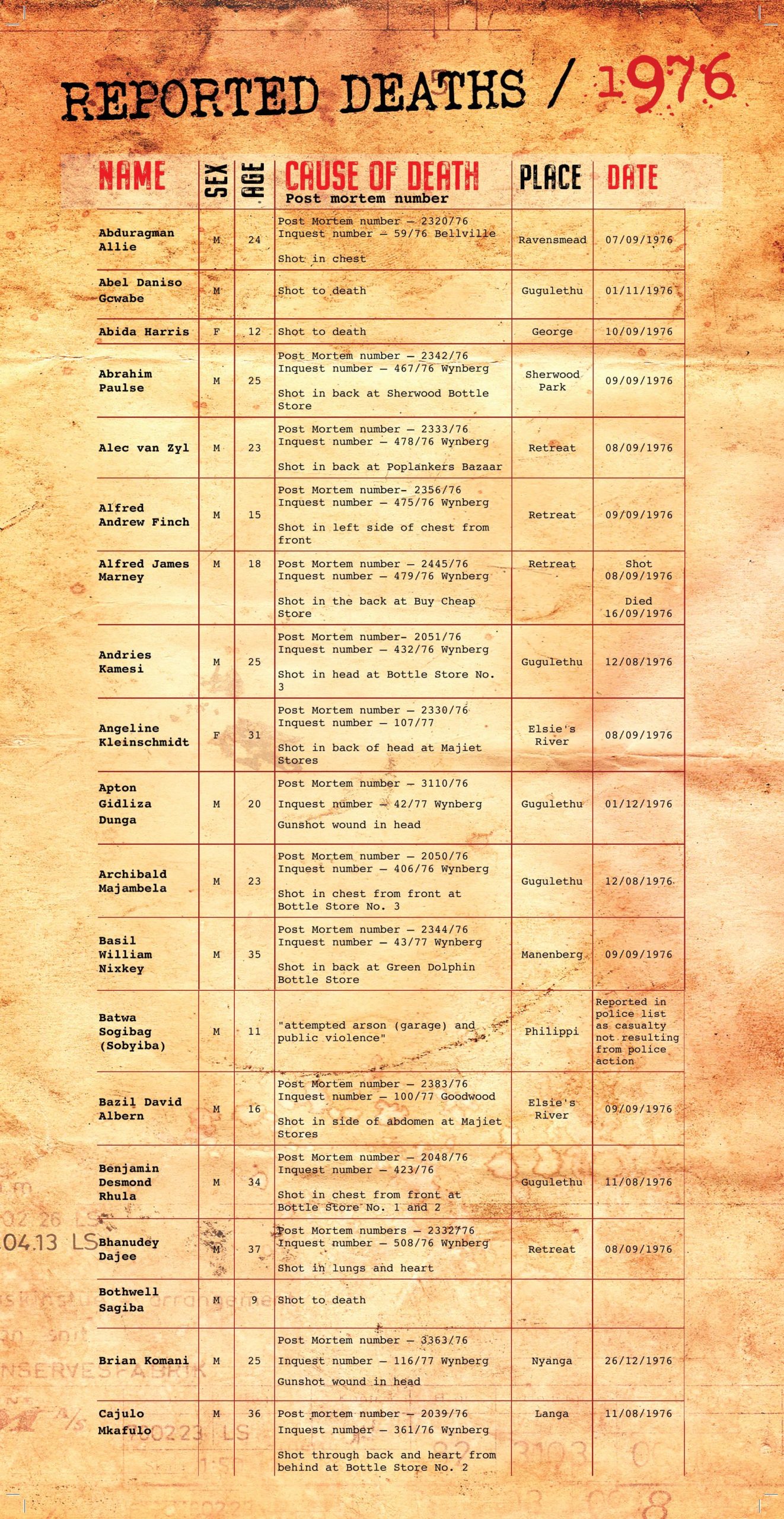 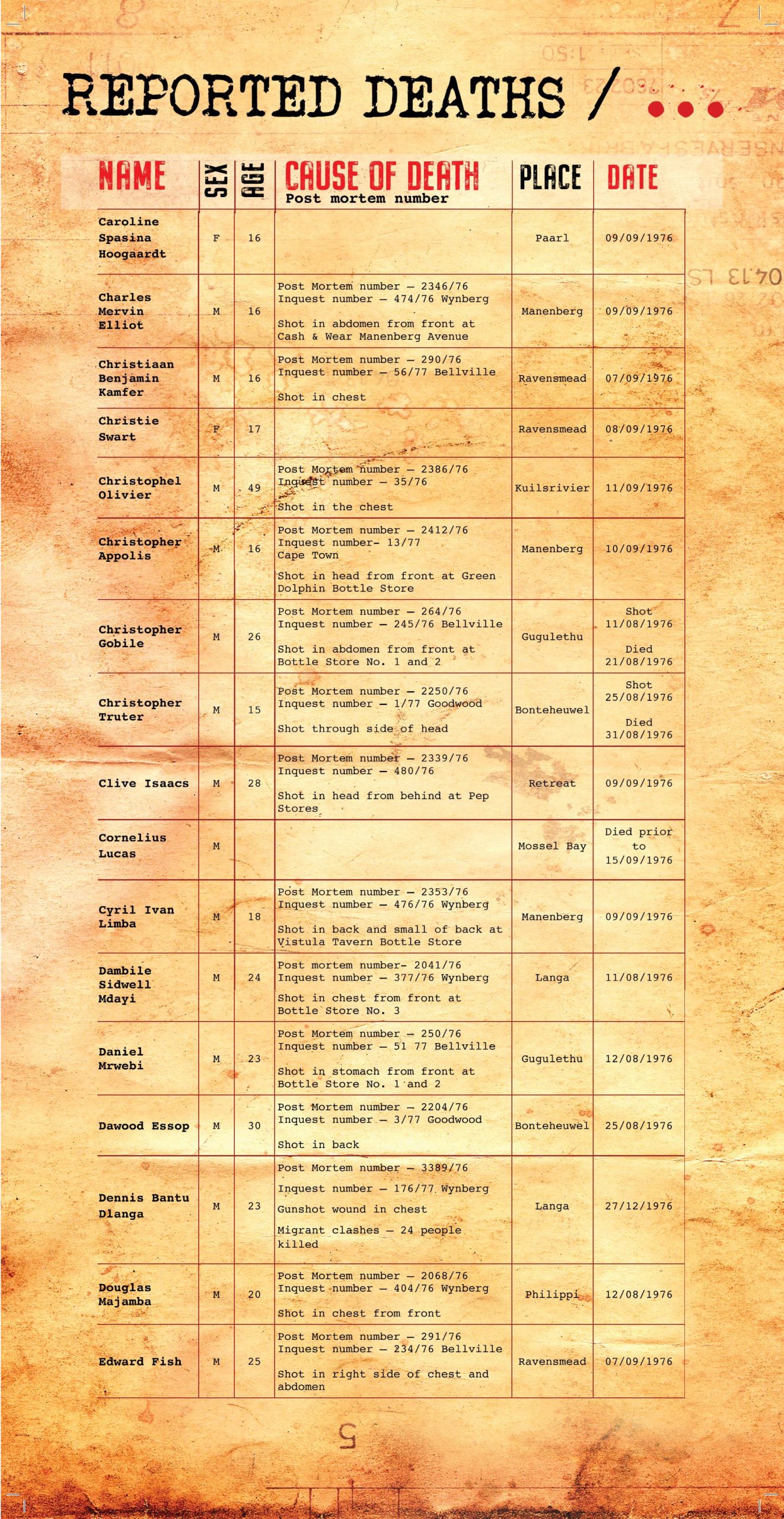 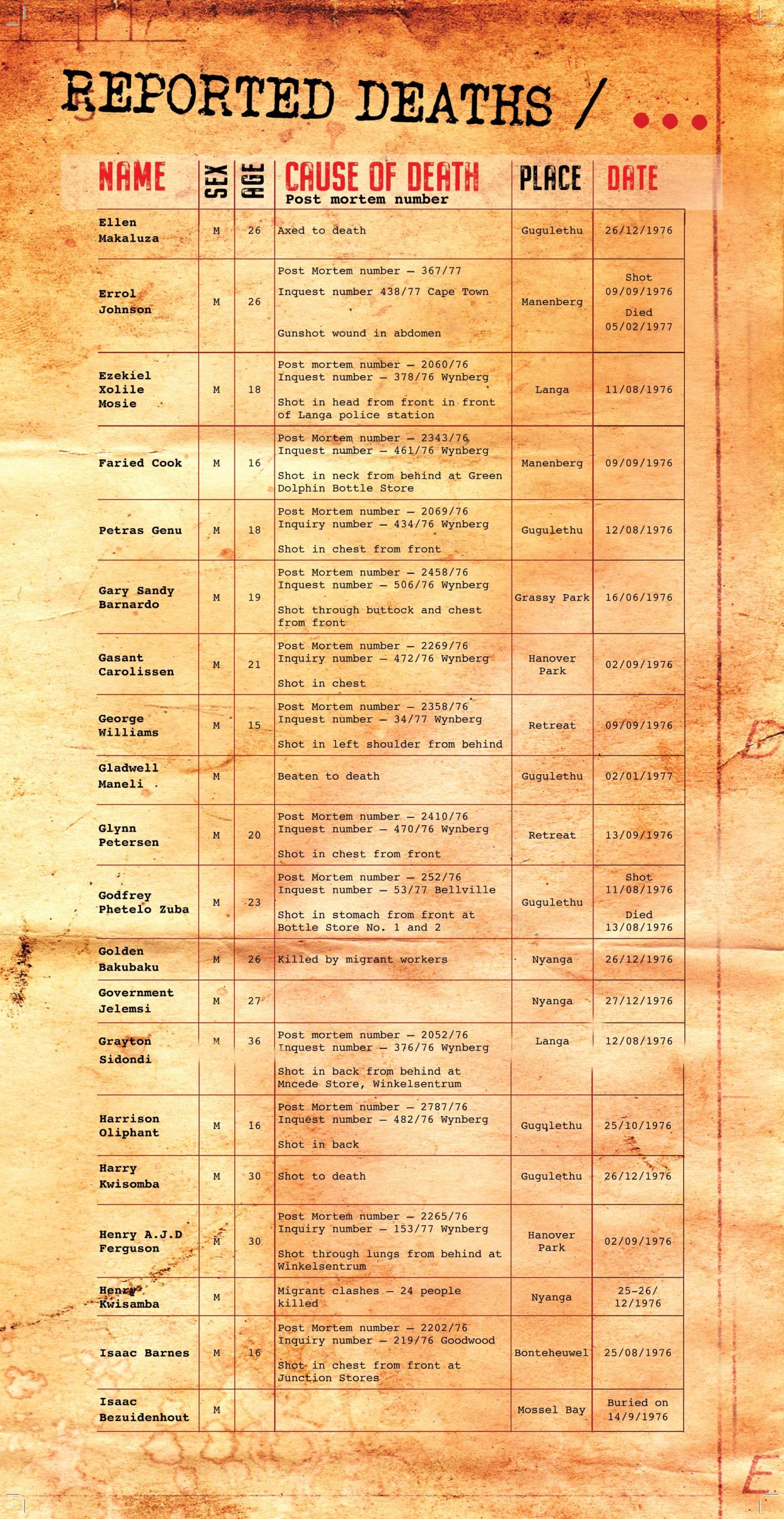