Media images and interview requests, please contact:
Zikhona Jafta on 021 481 3838 or at mediaofficer@iziko.org.za

Recent discoveries by scientists at Iziko Museums of South Africa and the University of Cape Town (UCT) show that five million years ago, wolf-size otters and leopard-sized relatives of the living wolverines lived along the West Coast of South Africa.

In a recently published article in the journal PeerJ, lead author Dr. Alberto Valenciano and Curator of Cenozoic palaeontology at Iziko Museums of South Africa, Dr. Romala Govender describe the teeth, forelimb and hindlimb skeletons of the giant mustelids of both a wolf-sized otter (Sivaonyx hendeyi) and the leopard-sized wolverine (Plesiogulo aff. monspesulanus). Known as mustelids – a family of carnivorans that include weasels, otters and badgers, among others – these discoveries represent the first mustelid specimens described from Langebaanweg in more than 40 years. 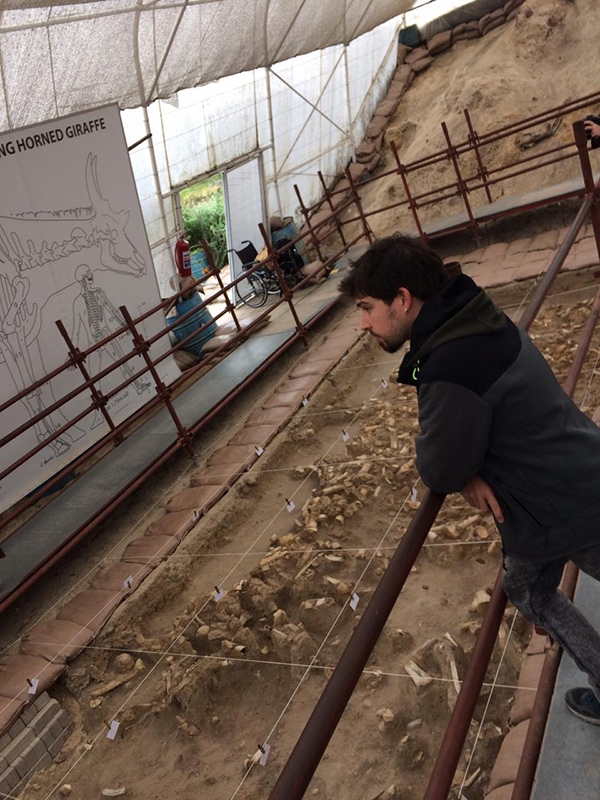 “Our work has led to important new data about the locomotion and diet of the rather poorly known giant otter, Sivaonyx hendeyi, which is unique to Langebaanweg. In addition, we confirm that Langebanweg´s wolverine, Plesiogulo aff. monspesulanus is a different species to that of the large bodied Plesiogulo botori from Kenya and Ethiopia,” says Dr. Valenciano.

The carnivores at the Langebaanweg fossil locality are quite common and they include a minimum of 20 different species of mustelids, bears, seals, jackals, hyenas, saber-tooth cats, giant civets and mongoose. 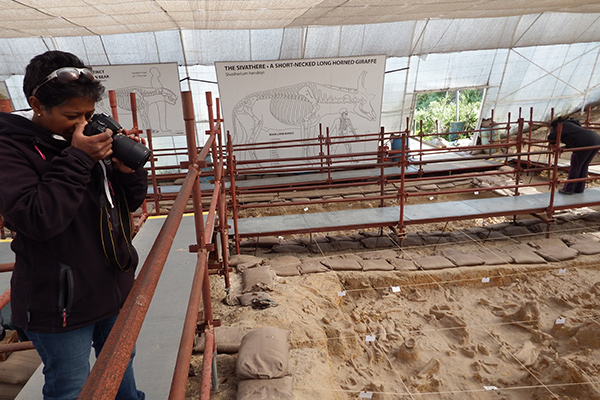 “We report for the first time the presence of both giant mustelids in the main members at Langebaanweg. This conclusion brings to the fore the need for new and detailed studies of Langebaanweg fauna housed at Iziko in the Cenozoic Collections. These studies will not only give us insight into the fauna that lived along the west coast five million years ago, but will also allow us to study and understand the faunal change that has occurred over these past five million years” comments Dr. Govender.

So what do these giant mustelids tell us about the animals that lived five million years ago at Langebaanweg?

“We hypothesize that Sivaonyx hendeyi’s role similar to that of the living African clawless otter (Aonyx capensis) and the Asian small-clawed otter (Amblonyx cinereus); while less semiaquatic, it does not exclude some digging capability. Its robust dentition suggests a diet based on armoured catfishes, molluscs, crustaceans or even bones. Through the second part of the Pliocene and the early Pleistocene (~ 4-2 Million years ago) the otters, Sivaonyx and Enhydriodon evolved in Africa, with terminal forms approximately the size of modern black bears and body masses exceeding 200 kg, which make them the largest mustelids ever. This group of giant otters are all extinct, and their new fossils enable us to unravel their biology and evolutionary relationships,” says Dr. Valenciano.

This study also confirms that at the end of the Miocene and beginning of the Pliocene, there were two large species of wolverines in Africa – one species from Langebaanweg, and another from Kenya. These animals were later replaced by hyenas, canids and felids.

UCT palaeobiologist, Professor Anusuya Chinsamy-Turan, who was not involved in the study, states, “I am thrilled to hear about these five million year old giant mustelids that lived on the West Coast of South Africa.  This work highlights that although it is important to unearth new fossils, it is essential that existing collections in museums be actively researched”.

Valenciano and Govender’s study raises pertinent questions, such as: Was Sivaonyx hendeyi as aquatic as the living African and Asian clawless otter, or was it different? Does Plesiogulo from Langebaanweg belong to the Euroasiatic taxa Plesiogulo monspessulanus? Or could it belong to a different species? Only new fossil material unearthed or discovered in the museum will help answer these questions. 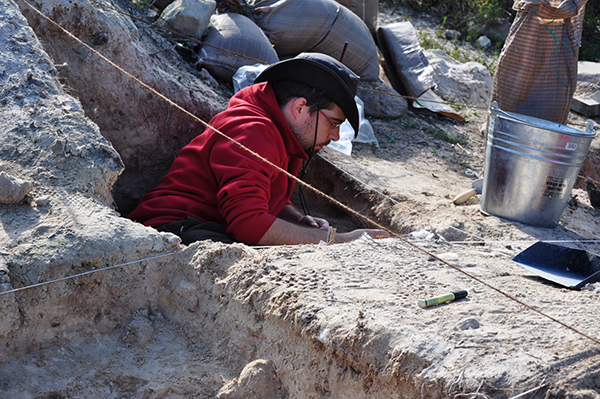 Iziko operates 11 national museums, the Planetarium and Digital Dome, the Social History Centre and three collection specific libraries in Cape Town.  The museums that make up Iziko have their own history and character, presenting extensive art, social and natural history collections that reflect our diverse African heritage.  Iziko is a public entity and public benefit organisation that brings together these museums under a single governance and leadership structure.  The organisation allows *free access to all individuals on commemorative days, (*excluding the Castle of Good Hope, Groot Constantia and Planetarium and Digital Dome). Visit our webpage at www.iziko.org.za, join our online community on Facebook (www.facebook.com/IzikoMuseums), Instagram (@izikomuseumssa) or follow us on Twitter (@Iziko_Museums) for regular updates on events, news and new exhibitions.