Invertebrates are animals with no spinal column and dominate the animal kingdom, making up at least 95% of known animal species. Similarly, marine invertebrates make up the vast majority of ocean life; or at least those visible to the naked eye. 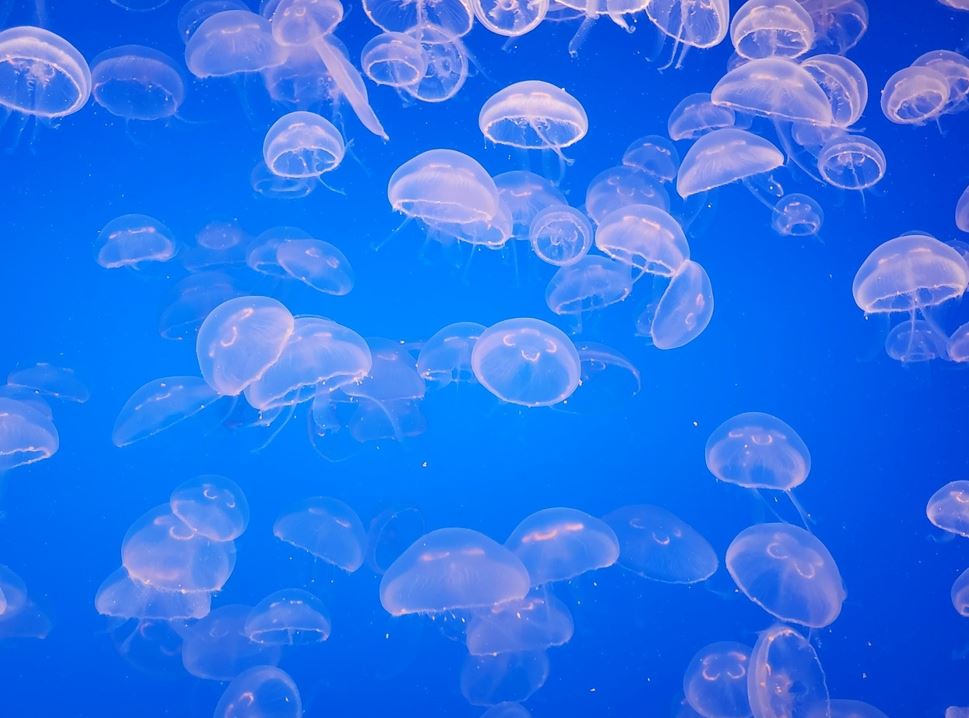 Taxonomically marine invertebrates are diverse, comprised of over 30 distinct groups, and range from jellyfish to crabs, sea stars to squid, and sponges to octopus. In excess of 130, 000 specimens of marine invertebrates are held in the Natural History Collections of Iziko Museums of South Africa. Compared to all other collections in southern Africa, the Marine Invertebrate Collection (iMIC) reflects the highest number of species (covering all taxonomic groups) and contains the largest number of specimens (including type specimens). Iziko’s marine invertebrates have been collected over the last 120 years from primary localities along the southern African coast, including South Africa, Angola and Mozambique, and from depths ranging from the shoreline to several thousand meters. Other significant collections from the Southern Ocean include those from Marion and Prince Edward Islands, with several specimens from even further away in international waters.

The iMIC is made up of several distinct smaller collections – some listed alphabetically below.

Crustacean Collections (crabs, lobsters, shrimps, barnacles)
The iMIC houses the most important crustacean collection in South Africa. Significant past contributions were made by the likes of Keppel Barnard, once described as one of South Africa’s greatest marine taxonomists; JR Grindley and Brian Kensley.

JH Day Polychaete Collection (segmented marine worms)
This sub-collection was assembled by – and is named in honour of – Professor John H Day, an expert in polychaete biology and taxonomy, and is the largest and most comprehensive collection in southern Africa. Day was based at the University of Cape Town from 1945 to 1974, over this time describing at least 156 new zoological species. His publications include A Monograph on the Polychaeta of Southern Africa, and his work is still considered the primary source of information on polychaete taxonomy in Southern Africa.

Miscellaneous Invertebrate Collection (Sponges, Hydroids, Bryozoa, Corals)
A large sub-collection of sponges, hydoids, corals, bryozoans and other invertebrate groups. Much of the collection has historically been understudied but increasingly interest from researchers and in particular postgraduate students has improved curation dramatically. Several opportunities for research projects are waiting to be discovered here!

Shelled (Dry) Mollusc Collection
This sub-collection of southern African species is the second largest mollusc collection in southern Africa. Significant additions were made in the past by Keppel Barnard, Brian Kensley, Terrence Gosliner and numerous citizen malacologists (eg., private collectors).

UCT Ecological Survey Collection
This is a comprehensive collection of southern African marine animals collected by the University of Cape Town. The collection reflects annual intertidal and shallow sub-tidal survey work by UCT scientists from the 1930s to the 1970s and is augmented by nearly 100, 000 observational species occurrence records captured in hand written (field) catalogues. Much of the UCT Ecological Survey information has potential for taxonomic, and temporal and spatial biodiversity research that is related to change, and is in digital format or is currently being digitised.

Collections Management Services
With the majority of specimens preserved in alcohol the collections requires constant preservation and conservation care. Collection services are headed up by Mr Albe Bosman who is the current Collections Manager in Marine Biology. Albe is the first point of call for any information, access and loan requests. A number of related documents are listed below for further information:

With over 100 years of scholarly endeavour the iMIC is arguably the best researched collection of its kind in the region. One just has to wonder through the Iziko Natural History Library and take a look at the numerous historical monographs produced by in-house and associate researchers, to appreciate the impact that the iMIC has had on our knowledge of marine biodiversity in the region. More recently, research focus has shifted from historically commercial species of crustaceans and molluscs to organisms such as sponges, hydroids, corals, bryozoans and polychaete worms, which are increasingly becoming commercially important and are potential sources of information on environmental health and change. The iMIC is therefore rapidly transforming into an asset for societal benefit. To this end Dr Wayne Florence, former curator of the iMIC (current Director, Research and Exhibitions), is committed to promoting access to the collection for researchers, students and citizen scientists. Wayne is a co-investigator/originator of the SeaKeys Project; a large multi-institutional, government funded, initiative that aims to curate, digitise and disseminate online biodiversity information for uptake in research projects, decision making, conservation management and bioprospecting. Current major partner institutions working on and contributing material to the iMIC include the South African National Biodiversity Institute, the Department of Agriculture Forestry and Fisheries, the Department of Environmental Affairs and the South African Environmental Observation Agency.